Earl Young’s Team and his partner DKMS have teamed up to fight blood cancer.

Earl Young’s Team has the primary goal of defeating blood cancer through donor awareness. It starts with getting more people to understand the importance of getting their cheeks swabbed, followed by providing them the opportunity to do it.

Our efforts are focused on college campuses because they offer large groups of young, robust candidates who can remain in the registry for decades, and because their energy and spirit are exactly what’s needed to spark a nationwide movement. As a proud graduate of Abilene Christian University, Earl is especially eager to share his message at faith-based universities.

Keep reading to learn more about the lifelong relay that’s brought Earl to this point.

The first major break of Earl Young’s running career started with a letter written by his grandmother. It was 1958, and Earl was a 17-year-old senior in high school in the Los Angeles area. He wanted to run track in college, yet West Coast programs weren’t interested. So Grandma Bessie took matters into her own hands. As a member of the Church of Christ, she knew all about Abilene Christian University and its track program, which at the time featured three-time Olympic gold medalist Bobby Morrow and his coach Oliver Jackson. Bessie thought Earl would be a great fit at ACU and wrote Jackson to tell him so. While visiting Los Angeles for the Coliseum Relays, Jackson figured he had nothing to lose, so he went to check out the kid. He offered Earl a scholarship on the spot. Befitting a track star, things moved quickly after that. His sophomore year at ACU, Earl was 19 when he earned a spot on the U.S. Olympic squad bound for Rome. He reached the finals of the 400-meter dash, then crossed the finish line in 45.9 seconds. It was faster than anyone had ever run the race in any Olympics prior to this. Alas, the other five finalists were even faster. Still, sixth-fastest in the world was quite a feat for a teenager. Two days later, in the finals of the 4×400-meter relay, Earl ran the second leg. He took the baton from Jack Yerman in first place and began stretching the lead. About halfway through his lap, Earl could tell from the crowd that someone was closing in. Sensing his coach’s advice to find an extra gear, he did and finished his leg in 45.6 seconds. Glenn Davis and Otis Davis took it from there, claiming the gold in a time of 3:02.2, setting an Olympic and world record. He also became the youngest gold medalist on the U.S. track and field team medalist at the Rome Olympics. In June 1961, Earl was featured on the cover of Sports Illustrated. The article was titled “Another Fast Christian From Abilene,” and described him as “huge, for a dash man, standing almost 6 feet 4 inches tall, with broad shoulders and long, beautifully muscled legs, which carry him over the ground at eight feet a stride. He is smooth enough, but the main impression one receives while watching him run is of tremendous power. He looks as though he could run right through a brick wall.” Earl capped his medal collection with a pair of golds at the 1963 Pan American Games in Sao Paulo, Brazil, both coming — he proudly notes — as part of relay teams. Earl has been inducted into the Abilene Christian University Sports Hall of Fame, and the Texas Track & Field Hall of Fame. 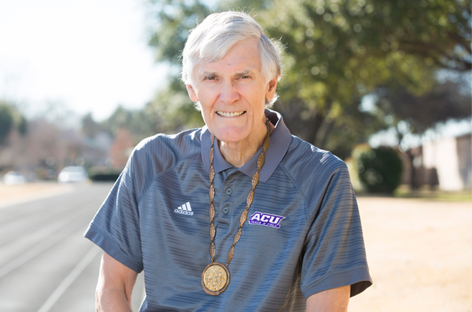 If you won an Olympic gold medal, what would you do with it? Maybe have it framed. Or put it in a trophy case. Some people might store it in a vault. Earl Young kept his hanging at his home, in a spot where it was easy to pull down and share. His reasoning was simple: Because it was the right thing to do. As his medal became a frequent travel companion, Earl learned that it had almost magical powers. Everyone who held it or wore it began to smile. Seeing their happiness thrilled Earl, too. Earl has taken his medal to remote villages in Africa, and passed it among presidents and prime ministers. He still takes it to elementary schools and universities, as well as corporate events. While any Olympic gold medal is a rare, unique item, those from 1960 carry some additional historic footnotes: They were the first to be placed around a winner’s neck, and, unlike the ribbon used at every Olympics since then, the necklace portion is a chain of bronze olive leaves, a tribute to the wreaths given to winners in the ancient Olympics. Other recipients of gold medals from 1960 include boxer Cassius Clay (now known as Muhammad Ali), Earl’s fellow track stars, Wilma Rudolph and Rafer Johnson; and the best U.S. men’s amateur basketball team. Earl’s medal may not shine like it once did, and it’s certainly smoother from being handled so often. He wouldn’t want it any other way.

Earl’s greatest athletic success came at points all over the globe. The same is true for his business career. He’s traveled the world as an advisor, corporate officer and director for Fortune 5,000 companies and investment banking firms. Working for public and private corporations, he’s led negotiations with OPIC, World Bank and USAID. He currently serves as a director of Corporate Council on Africa (CCA), a Washington, D.C.-based organization that enhances trade and investments between the United States and all 54 African nations. As president and CEO of Madagascar World Voice, he assisted World Christian Broadcasting with the building of a shortwave radio station in Mahajunga, Madagascar. Tied in with an existing station based in Anchorage, Alaska, WCB will reach 3 billion shortwave receivers around the world when it begins broadcasting in summer 2016. Earl also is a member of the Abilene Christian University Council and a director of the American Studies Institute Advisory Board of Harding University in Searcy, Arkansas. He was past president of the U.S. Madagascar Business Council and was president of the Madagascar Health and Education Foundation. 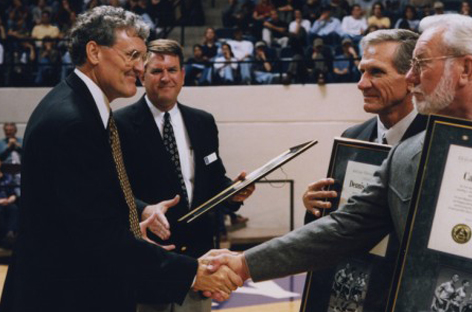 As of September 2011, Earl had been so healthy that he hadn’t bothered to get a physical in four years. Then came a runny nose and cough that wouldn’t stop, so he decided to visit his physician. The doctor wanted to run a bunch of routine tests. Why not, Earl figured. After all, it had been a while. The results were stunning. Basically, Earl’s body was no longer producing white blood cells. He was sent that day to a cancer specialist for a bone marrow biopsy. This confirmed what the doctors feared: he had Acute Myeloid Leukemia (AML). Within hours, he checked into a hospital to begin chemotherapy. Chemo could keep him alive, but only for so long. While Earl had an advantage in that he was in excellent overall health “far better than most 70-year-olds,” he was still in a race against time. What he really needed was a bone marrow transplant. In December 2011, a donor was found. She was a perfect match — except for one thing — she lived in Germany. The stems cells in her blood that Earl so desperately needed were drawn on a Thursday morning in Dresden, Germany. They were raced to Medical City Hospital in Dallas and began flowing into Earl’s body. It’s not as simple as it sounds. Recovery was tough, as tough as any physical challenge Earl has ever faced. But it was worth every moment. On Jan. 21, 2015, Earl celebrated the 3-year anniversary of his second chance at life. After two more anniversaries, he’ll be considered cured of AML. With both of his parents still going strong in their 90s, Earl figures he’s got a lot of living left. 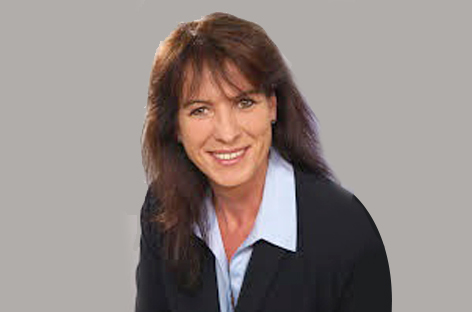 About a week after Earl’s life-changing diagnosis, a bone marrow donor drive happened to be held in Germany. It drew 1,649 participants, including Christine Waag, a 44-year-old woman who worked in a doctor’s office in the town of Offenburg. “Each person may have only one genetic twin in the world,” she said, and she wanted to help in case her twin needed her. Just three months later, two days before Christmas, Christine got the call. Her genetic twin needed her. The procedure was relatively painless, but shrouded in one important mystery: Who was the recipient? In the United States, donors and recipients have to wait one year to contact each other; in Germany, it’s a two-year wait. Once the restriction lifted, Christine and Earl both wanted the mystery solved. They became fast friends, bonded in a way that few can truly appreciate. Why did she do it? Why did she add her name to the registry to begin with, then why did she go through with the donation once the match was made? “Because,” she says, “it was the right thing to do.” 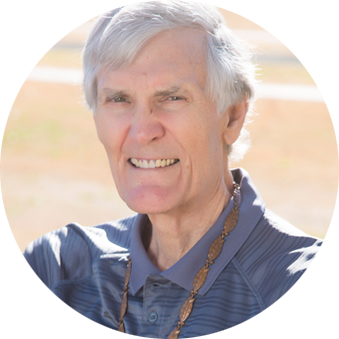 As his health blossomed, Earl decided it was time to reinvent his life.

His days of traveling frequently to Africa were done. His days of speaking on behalf of the Leukemia and Lymphoma Society were picking up. The more he learned about the disease, and how he beat it, the more he realized how lucky he was that Christine Waag took the time to get her mouth swabbed.

Earl attended an event for Delete Blood Cancer and decided this was the organization for him. He wanted to become more than just a volunteer — he wanted to start his own team and partner with DBC.

Guided by his faith, Earl feels this is his calling. Everything that’s happened in his life has led to this new chapter.

“My aim is simple,” Earl says. “I want everyone in the world to get swabbed.”